Fossil-hunting on the beach

Fossil hunting is hugely popular along the English coast. If you see people – adults, families, children – rummaging around in rocks on the beach, chances are they hoping to turn up a dinosaur vertebra or an ammonite.

The best fossils are the ones you find yourself!

‘There’s just a magic, you’re finding something that has never been seen by man before,’ says Steve Etches. ‘You get the same feeling and thrill every time.’

Steve is based at the eponymous Etches Collection Museum of Jurassic Marine Life, at Kimmeridge in Dorset. Just 25km south of Poole, the museum is located above the fossil-rich dinosaur coast and houses an extraordinary range of fossils uncovered nearby by Steve.  These range from ammonites to pterosaurs and crocodile prehistoric predators of 152-157 million years ago when Kimmeridge was a shallow, tropical sea.

It’s a little-heralded fact that the English coast is widely recognised to be the most diverse in the world when it comes to fossils. ‘Drive across the United States and you see the same rocks for hundreds of miles,’ says Steve. ‘In England we can walk from one end of a bit of coast to another and pass through a time zone running from 200m to 60m years.’

Ironically, Steve points out, Kimmeridge Bay, with difficult access and fossils harder to uncover, is not the best place to go hunting. Far better, he says, to head west for 60km or so along the coast to Charmouth and Lyme Regis.

‘The erosion rate is far quicker there and that makes for a good turnover of rock,’ he says. 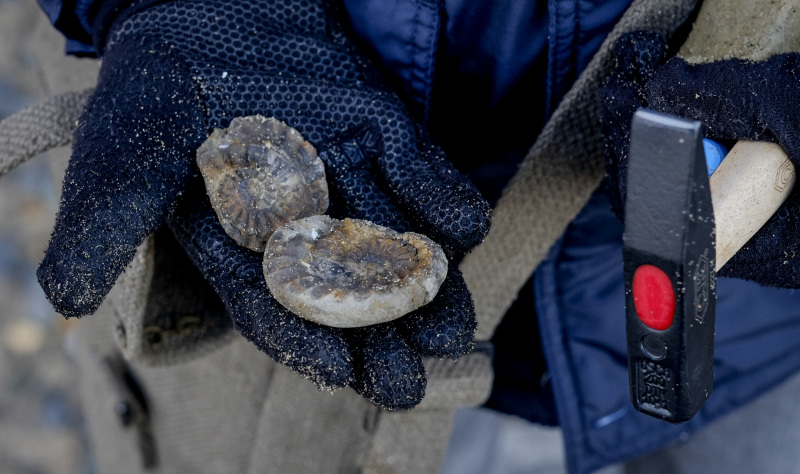 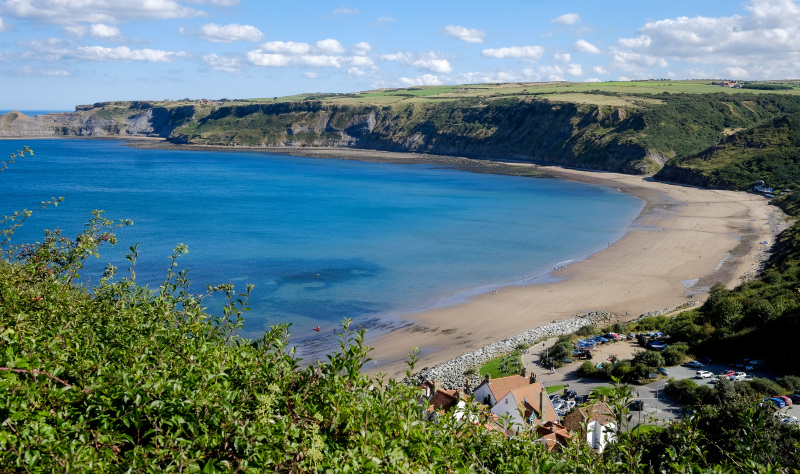 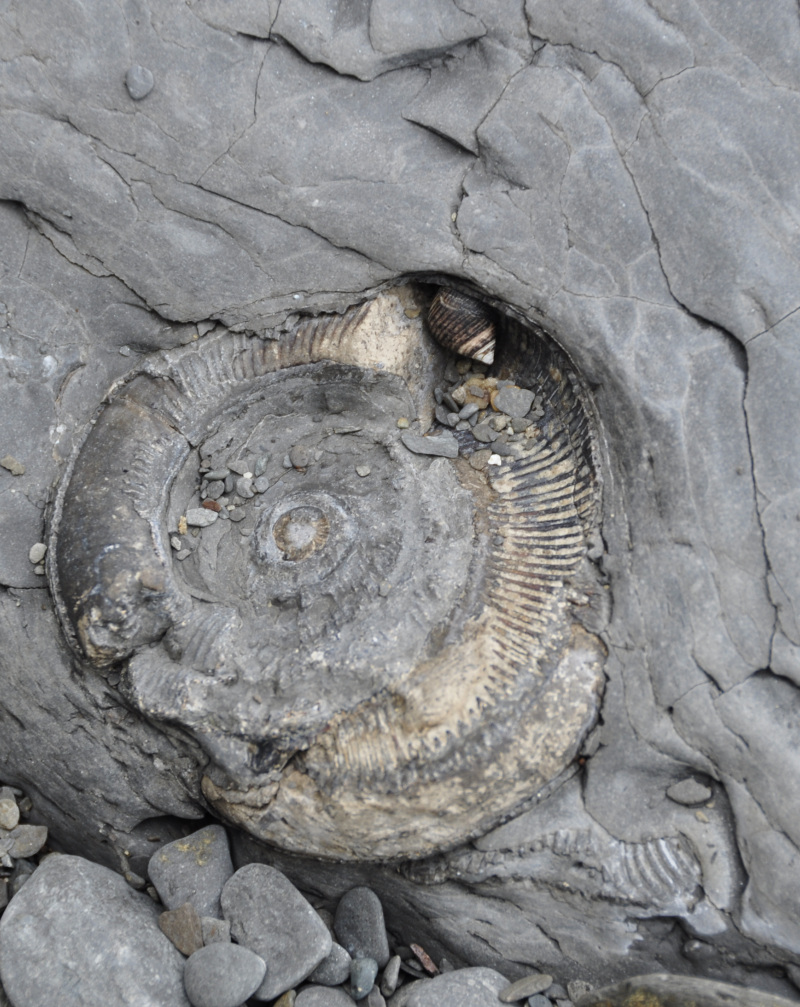 Most fossils in Britain have been found by amateurs

Around 150km of the Dorset coast has been designated as the Jurassic Coast UNESCO world heritage site, and you will encounter landmark fossil sites, such as the petrified tree stumps at Lulworth Cove. Should you wish to stay longer, the Jurassic Coast website also lists a good range of local B&Bs and hotels.

Both the Charmouth Heritage Coast Centre and Lyme Regis Museum run fossil walks. Experts in both places will happily shed light on any finds you make.

Anyone can strike lucky. ‘Most of the fossils collected in Britain have been found by amateurs,’ says Steve. ‘You might find a beautifully preserved belemnite (squid-like animals) or a vertebra of an ichthyosaur.’

Dorset is not the only place to offer rich pickings for would-be palaeontologists. Yorkshire rivals Dorset for its abundance of fossils and good places to explore are the beaches and bays at Staithes, Runswick and Robin Hood’s Bay

Runswick Bay in particular offers remarkably fertile fossil territory, thanks to its dark coloured Jurassic rock of shale and limestone, with ammonites and plant remains turning up in almost any rock you care to turn over.

A gentle note of caution: the golden rule of fossil hunting is never to explore around the base of fossil-rich cliffs – their instability is what enables the fossils to become exposed. In addition, anything found in a cliff remains the property of the landowner.

Even if your primary reason for being at the coast is to walk, settle into a cosy B&B or wander around a museum, an afternoon of fossil hunting may offer the chance of a unique souvenir. 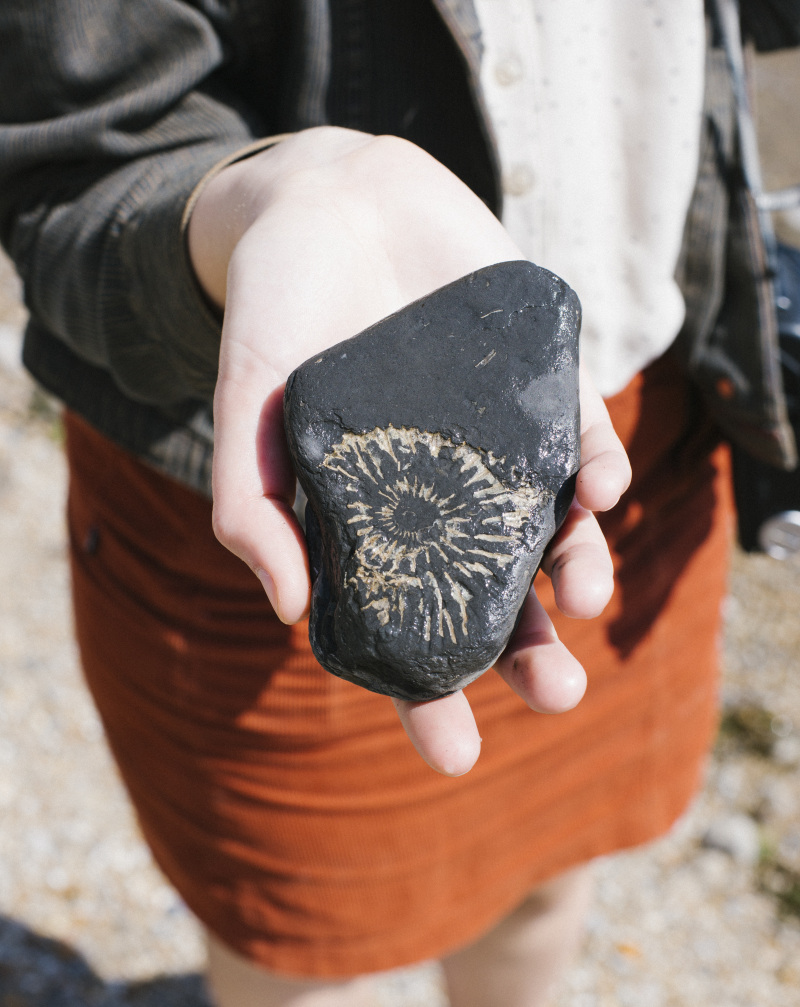 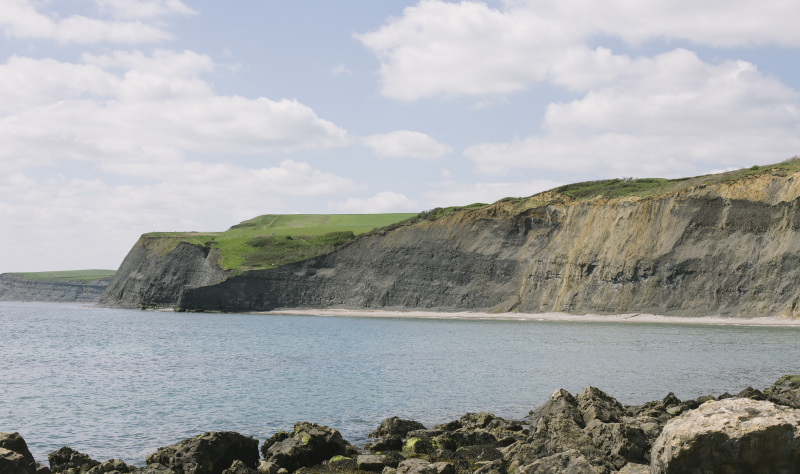 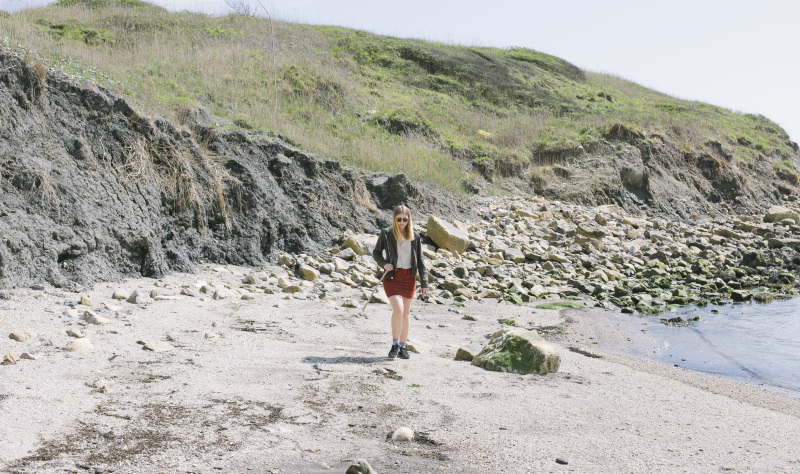 This family-run fish smokery on the Yorkshire Coast has become known for serving excellent kippers, a traditional British breakfast staple. But what makes Fortunes’ kippers so special?

In 2016, a new museum opened in the small village of Kimmeridge, on the ‘Jurassic Coast’ of Dorset, instantly capturing worldwide attention.