This family-run fish smokery on the Yorkshire Coast has become known for serving excellent kippers, a traditional British breakfast staple. But what makes Fortunes’ kippers so special?

Are you on the hunt for the best Kippers?

As children, brothers Barry and Derek helped their grandparents in the 150-year old family fish smokery in the pretty port of Whitby on the North Yorkshire coast, finding shellfish and boiling and selling them.

Today they are the fifth generation of the Fortune family to work in the smoker, just by the 199 steps up to Whitby Abbey. They smoke kippers (herring), salmon and bacon and Barry’s wife makes kipper paté.

‘We learnt on the job, really,’ says Barry, ‘There were wooden racks for the herring and the shop used to be the stables for Grandad’s donkeys – he did rides on the beach.’

How to Smoke Kippers

Today, the brothers arrive first thing in the morning and while one gets out the kippers smoked overnight, the other splits the herring. A herring, he explains, is the full fish - a kipper is gutted, split, hung over the wooden racks and smoked. 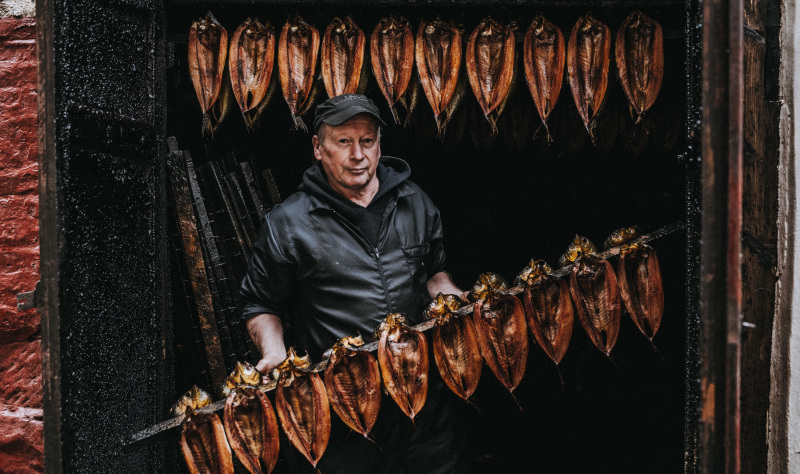 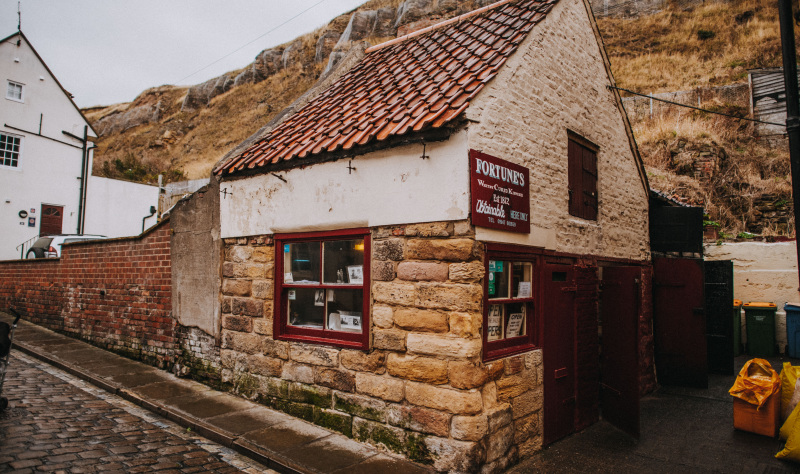 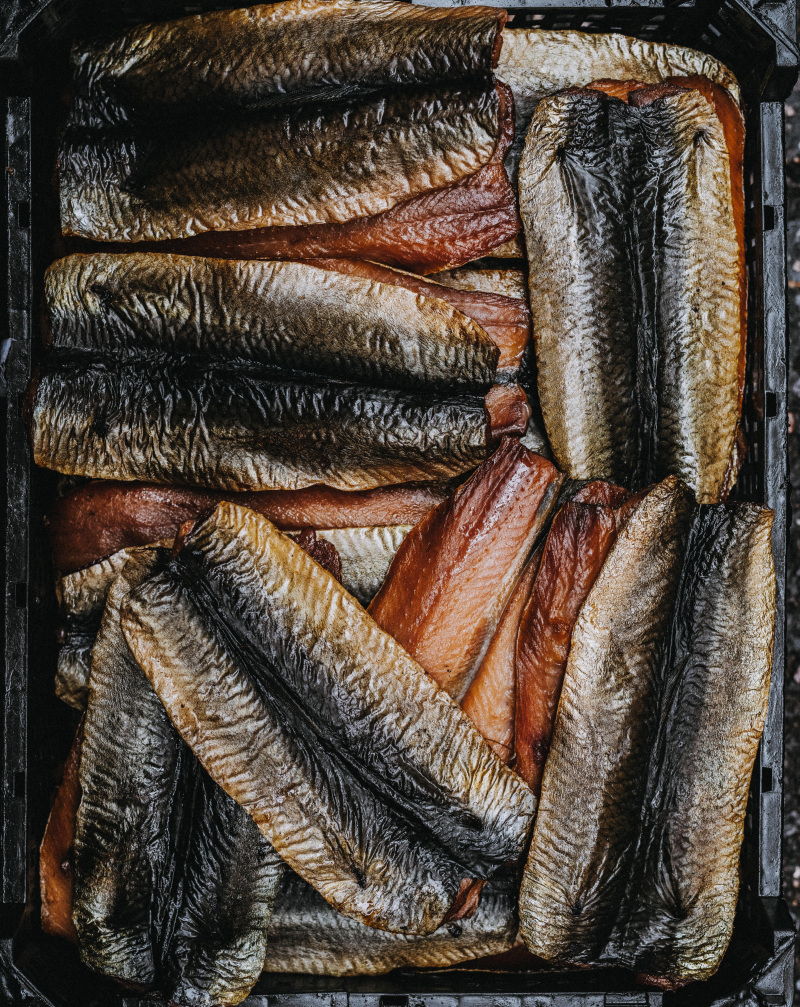 Loving life by the beach

They use Norwegian herring, frozen on the boat the minute it is caught, and their own customised knives.

‘We each have our own, we don’t use each other’s,’ he says, ‘We make them from old cutlery knives, the ones with bone handles, and cut them down to about a third of the size. You gut the fish, wash it, put it in brine (saltwater) for 40 minutes, open it flat, hang it on two nails and smoke it for 24 hours.’

They use oak and beech sawdust from local joineries and from a man who makes oak beams and they can smoke around 180kg of kippers in a day, using both sides of the smoke house. Bacon takes four days to smoke and salmon a day and a night.

In their spare time, both men go rowing, sea-racing in four-oared gigs in two of the oldest regattas in the north east, Whitby and Scarborough, and Barry walks the dog on the cliffs. Down on the beach he often finds pieces of jet, the black fossilised wood popular for jewellery in Victorian times and still carved and sold in Whitby today. ‘It gets caught in a certain sort of seaweed,’ he says, ‘And you see it gleaming black.’

Luckily, both brothers like kippers. The easiest way to prepare them is ‘jugging’, by putting them into a jug of hot water and leaving them for a few minutes. ‘Some people like that,’ says Barry, ‘But it takes the oil off. I like to fry them in butter.’

If you're looking for the best kippers on the Yorkshire Coast, you must try Fortune's in Whitby!

Slow down with a scenic coastal road trip

Scenic road trips along the coast are magical experiences, allowing you to visit towns, villages and empty, open spaces while enjoying easy driving. So varied is the English coast that the scenery can change with every turn in the road.

Northumberland’s coast is so much more than sea and sand. Look beyond the rugged dunes and you’ll find one of the UK’s most intriguing coastlines, shaped by a fascinating, turbulent past.