Sea to cycle – explore the coast on two wheels!

Cycling has gripped the nation

The coastline of England has hundreds of miles of cycle routes, you’ll be rewarded by jaw-dropping views, but there’s no need to tackle it all in one go!

Cycling has become incredibly popular in England in a very short time. On the international stage, British cyclists have won Olympic Gold and the Tour de France.

On any visit to the coast, it is highly likely that you will encounter cyclists, but you’ll soon notice that the vast majority are simply recreational – you don’t have to be a King of the Mountains or feel obliged to fall in line with those who are clad in lycra and peddling furiously.  Click HERE if you’d like some inspiration!

Simply put, the enthusiasm for exploring the coast on two wheels is huge.

A good place to look for further information on great cycling paths, many of them car free, is the website of Sustrans, the cycling charity.  Sustrans has knitted together a national cycling network using quiet minor roads, bridleways, forest tracks and old railway lines.

Although it’s created for walkers, The National Trails network also features many sections that are suitable for cyclists. 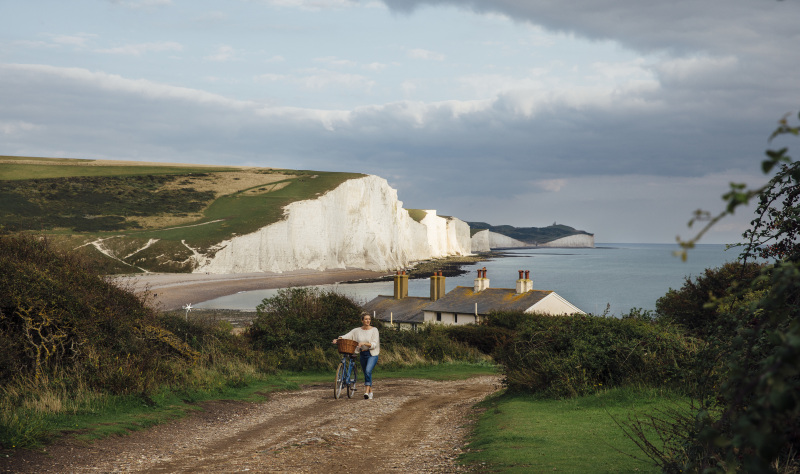 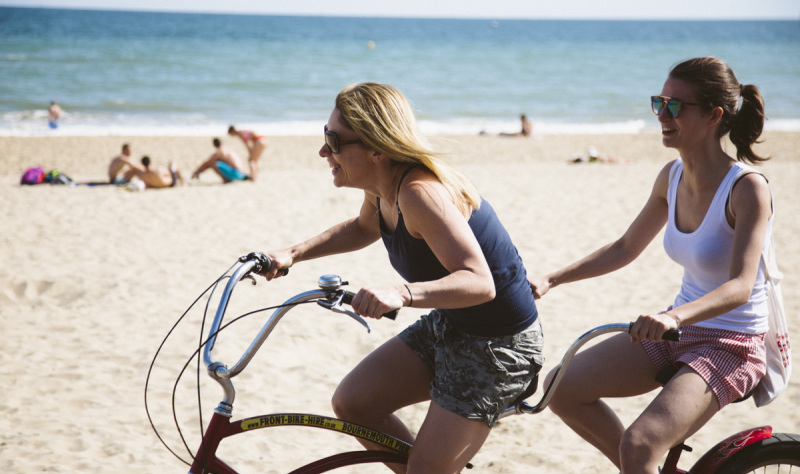 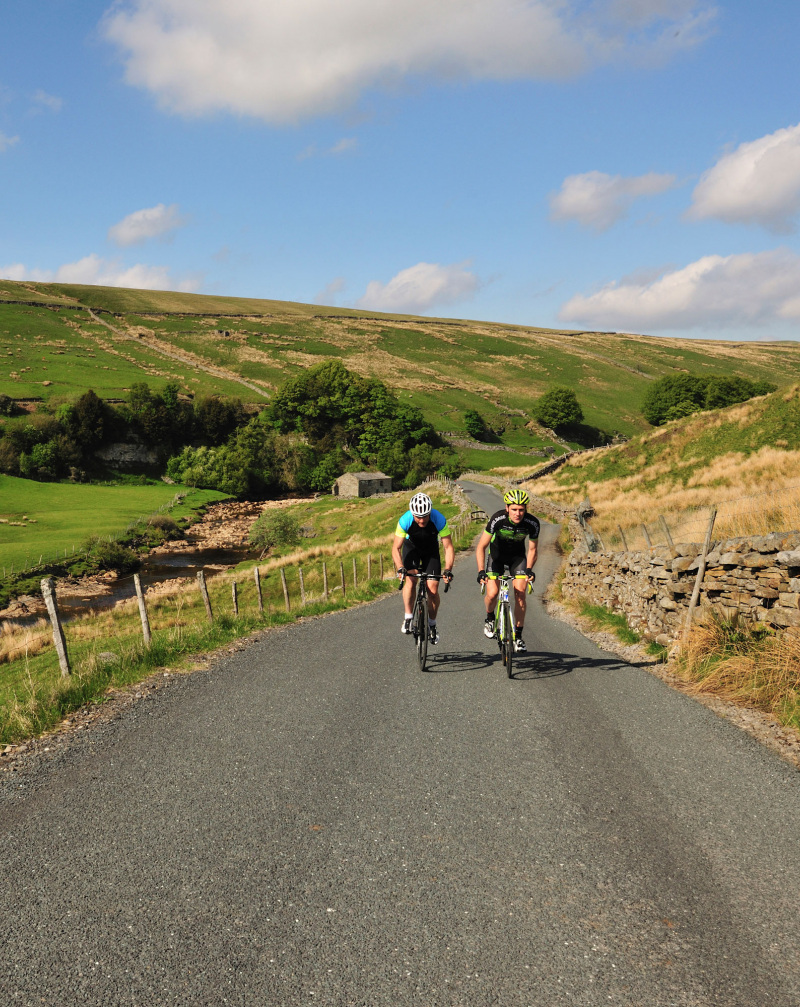 Hills can be a deterrent to all but the most determined and fittest cyclist, so the low-lying coastal edges of Norfolk and Essex can make for pleasant and easy-going cycling options.

In Essex, the Chelmsford to Maldon route leads you out from the county town along the River Can and the Chelmer & Blackwater Canal into the countryside where you then ride on quiet roads to Maldon on the Blackwater Estuary. The route is flat, with highlights including a spell on the river and some attractive woodland and rural scenery.

Norfolk (cycle routes here) is equally appealing both for the leisurely cyclists and those looking to cover longer distances, with the chance to pedal through narrow country lanes and coastal paths with far-reaching views of coast, sea and fields of barley.

The gentle gradients of the county mean that you can cover longer distances relatively easily. A good example is the Norfolk Coastal Cycleway which covers 98km from King’s Lynn to Great Yarmouth via Cromer. Much of the route passes through an Area of Outstanding Natural Beauty.

While you can cycle without any great aim in mind, some trails are designed to enable you to cycle between related points of interest. A good example of this is the south coast’s Coastal Cultural Trail, which links several of the south coast’s galleries.

But don’t let the sharper gradients to be found on the coasts of counties such as Northumberland or Devon deter you. One of the most spectacular cycling options the English coast has to offer is the Coasts & Castles Cycle Route in Northumberland.

Running for 130km along, or near, the coast, this is a simply superb route, linking the county’s many castles and offering the extraordinary experience of cycling across the tidal causeway from the mainland to Lindisfarne.  Pause to take a swig from your water bottle and you may see a barn owl glide along a hedgerow or a seal bob its head above the shallow shoreline.

An insider’s tip: cycling south to north is generally easier as you will have the prevailing winds at your back!

Escape the beach and head out on a paddleboard, explore beaches and coves impossible to reach on foot – but have a lesson first!