England’s Coast is a haven for swimmers, dotted with epic beaches, secret coves and coastal spots where you can dip with dolphins, swim around islands and even go for a paddle in the bay where Queen Victoria liked to swim and sketch. These favourite coastal swimming spots, chosen by blogger Sian Lewis, are perfect if you’re in need of a dose of salty seawater.

For secret swim spots you can’t beat the coast of Exmoor in North Devon and West Somerset, where you’ll find hidden coves home to tall cliffs, temptingly clear waters and even a shipwreck or two.

Crescent-shaped Broad Sands Beach, reachable only down a flight of steep steps, is one of my favourite places in England – and even on earth – to go for a dip. It’s closed until June 2021, so in the meantime try the lovely sweep of sand at Hele Beach, nearby. Further along the coast is Tunnels Beach, where a huge and glittering rock pool appears at low tide. And Rapparee Cove, where the 1796 shipwreck of the London lies somewhere in the depths, is a secluded spot for a swim in the turquoise waters that make this part of the coast so special – on a sunny day it’s hard to believe you’re still in England.

Don’t forget that Britain’s smaller islands – all 4,400 of them – have their own slices of coast. The Isle of Wight may only be 13 miles wide, but it has more than its fair share of special swim spots. Head to Shanklin Chine Beach for a morning paddle, followed by lunch at the charming Fisherman’s Cottage pub, right on the beach. And if you want to swim in regal company, visit Osborne House Beach. "We have quite a charming beach to ourselves," Queen Victoria wrote in 1845 of this tiny sandy bay, which was once her private holiday spot. Osborne House is now an English Heritage site, but it’s well worth the £13 entrance fee to spend a lazy day dipping in the waters where the queen once bathed. 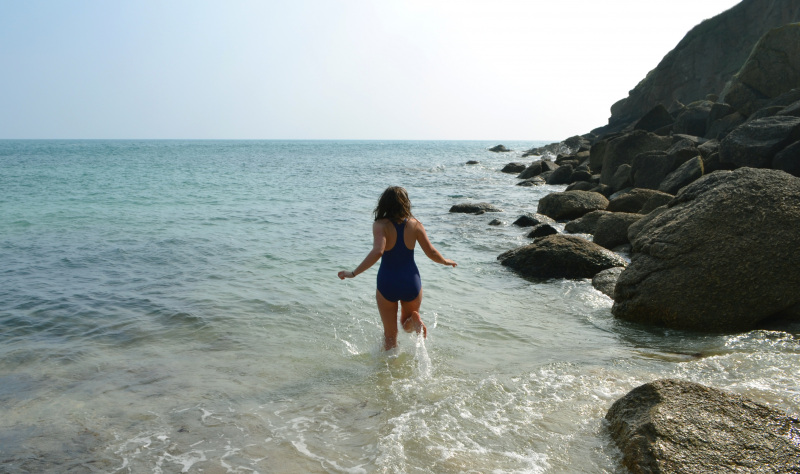 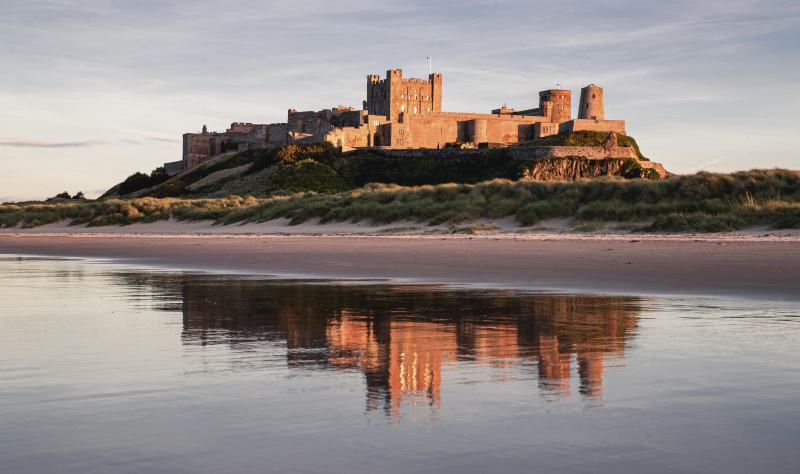 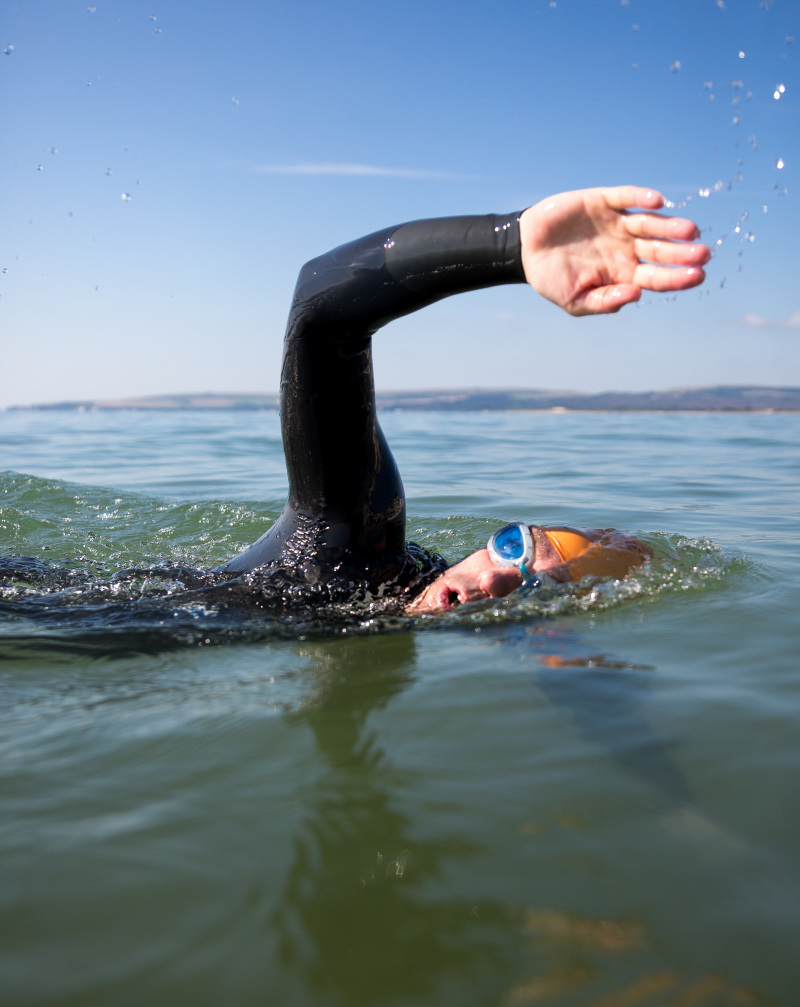 To swap little coves for dramatic sweeping beaches, head to the north of England.

For a sense of space, head to Northumberland. There can’t be a more epic view for an ocean swimmer than Bamburgh beach, where you can safely swim while looking across to Bamburgh Castle, the Farne Islands and Holy Island. Wildlife lovers, meanwhile, should head to Fisherman’s Haven, where you might be joined in the water by seals and dolphins.

The North York Moors National Park offers 26 miles of coastline, but these Jurassic Age cliffs are stunning. Not all of its beautiful beaches are suitable for swimming, but Runswick Bay is safe and lifeguarded - the water here is cold but calm and the water quality is excellent, making it perfect for keen open water swimmers.

By Sian Lewis // The Girl Outdoors 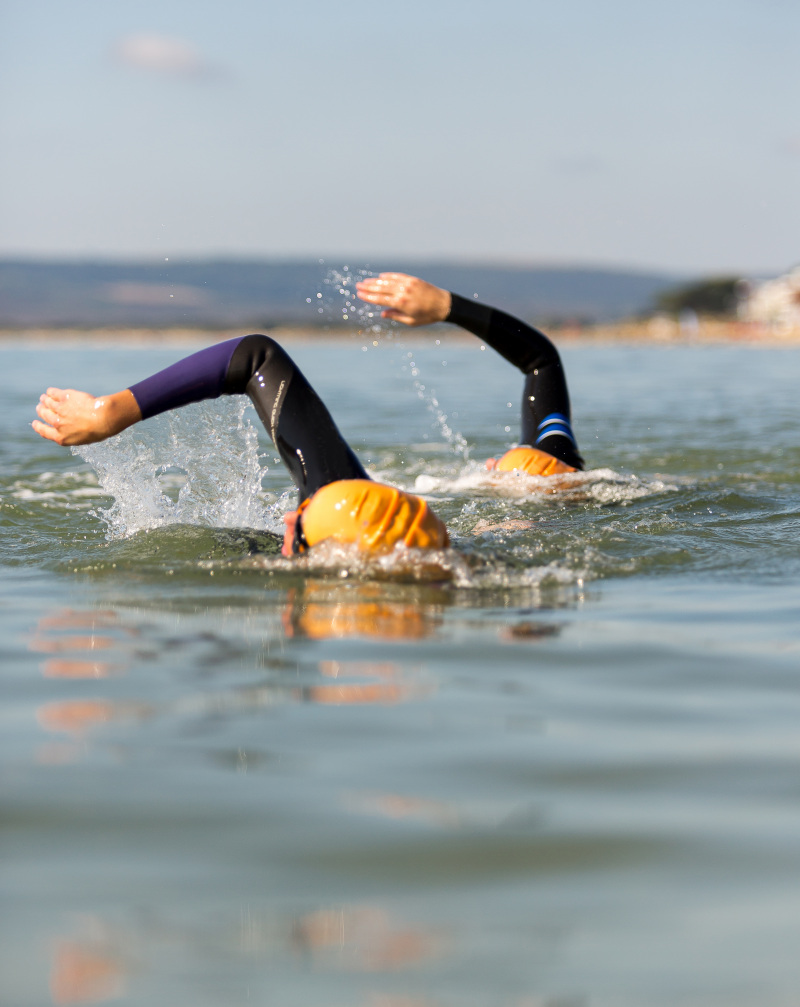 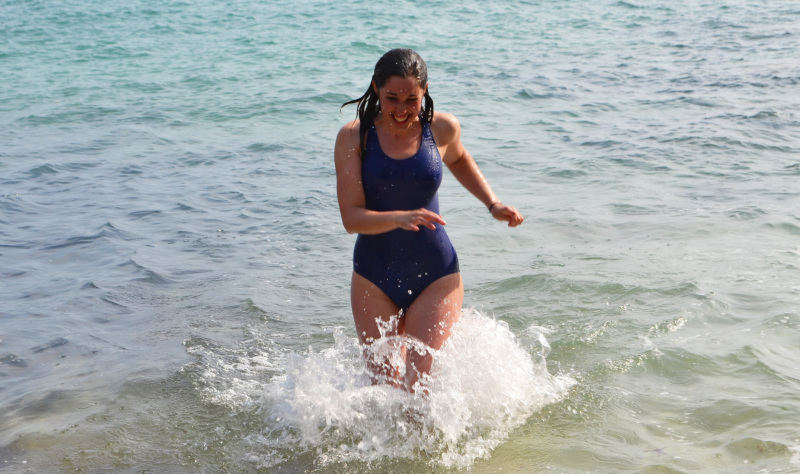 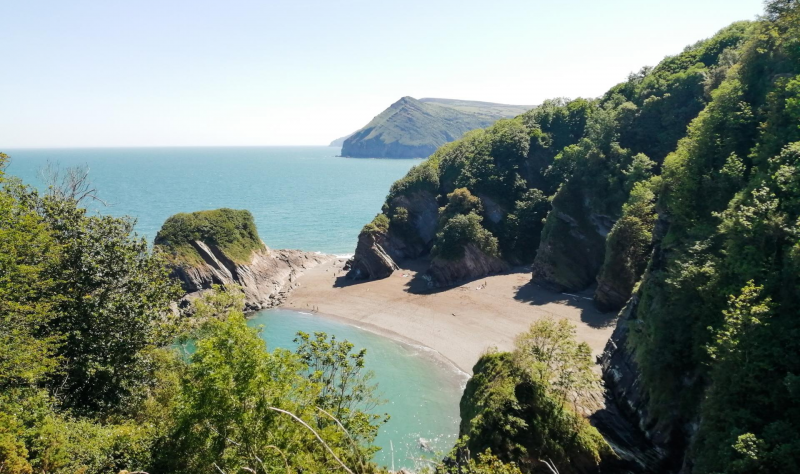 The RNLI’s key safety advice for taking an open water dip is:

For more information from the RNLI, visit their website here

Images provided by Sian Lewis, England's Coast and the RNLI

Know Before You Go!

Before heading to your favourite beach and swapping your sofa for the sand, to keep us all safe, it’s important to understand the local public health guidelines and latest government advice so you’re in the know before you go.

Read more
Top places to visit on the South West Coast Path in Winter from a trail runner!

Frances Mills is a trail runner and tour guide for Active England Tours, she has spent the past three winters running around the 2,700 miles of England’s Coast. This blog highlights some of Frances’ favourite places to visit along the South West Coast Path, including some great personal tales and also her top tips for winter travel in Cornwall.