Galleries and museums at the coast

One of the most imposing and eye-catching of these is the Royal Pavilion and Museums in Brighton.

Built in a neo-classical Indian style, the villa was originally a pleasure palace for King George IV.  This is where the English 18th century regency period collides, with no little style, with the architecture of India and China (think chandeliers hanging next to decorative Chinoiserie wall paintings). Highlights include the sumptuous banqueting room, where Prince George would host evenings where guests somehow munched through more than 100 dishes such as sturgeon in Champagne. The saloon, restored in 2018, features the original ‘pearl white’ platinum leaf wall decoration and specially-woven silk panels and magnificent drapery. The museum regularly holds landmark exhibitions.

Nearby Eastbourne is home to the Towner Gallery which houses one of the most significant public art collections in the South East of England. Boasting in excess of 5,000 works of art, arguably its centrepiece is the collection of works by artist and designer Eric Ravilious, who is renowned for some of the 20th Century’s most iconic depictions of the Sussex countryside.

Yet perhaps the greatest artistic charm along the English coastline is the sheer number of locally-focussed, locally-run galleries and museums. These are the lifeblood of communities up and down the coast, A typical example is the Naze Tower which stands near the mouth of the River Stour at the town of Walton-on-the-Naze, Essex. Originally an 18th century landmark beacon erected as a navigational mark by the Trinity House (a lighthouse authority set up by Henry VIII), the 26m tower has a distinctive octagonal design, which contributes to its Grade II listing status. It had long fallen into disrepair before being rescued and renovated by a local family in 2004.

Inside the tower, across eight floors, you’ll find regular displays of local artwork, generally inspired by the coastline. If you are able to do so, it is really worth hauling yourself up all 111 steps of the spiral staircase to the roof viewing platform, from where it can feel as if much of the east of England is laid out before you. 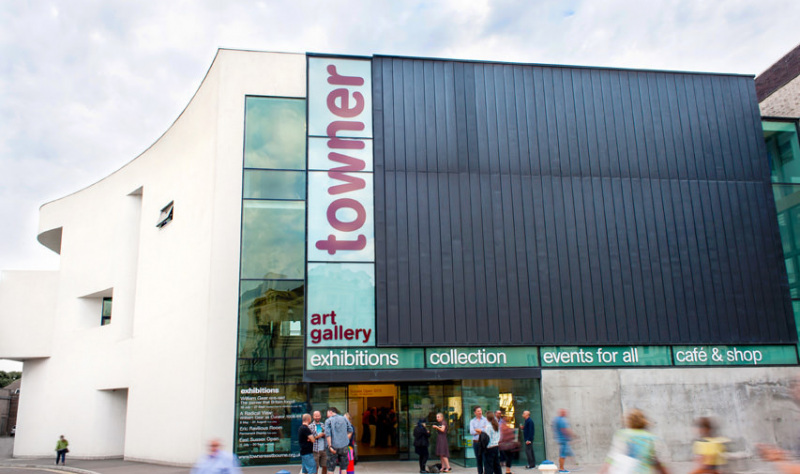 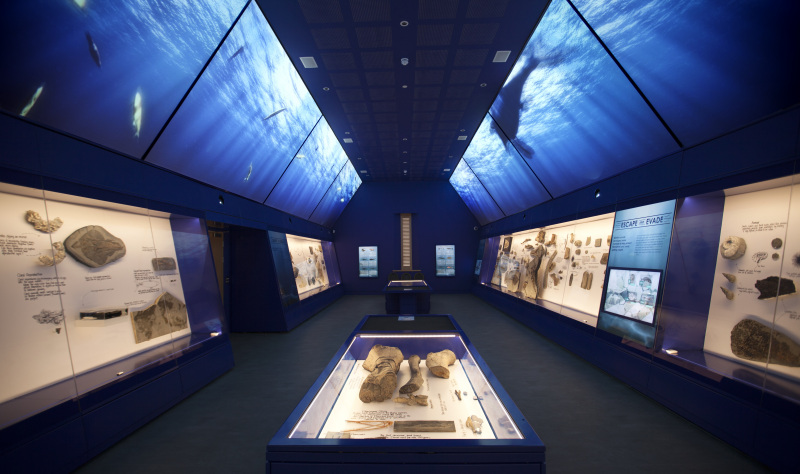 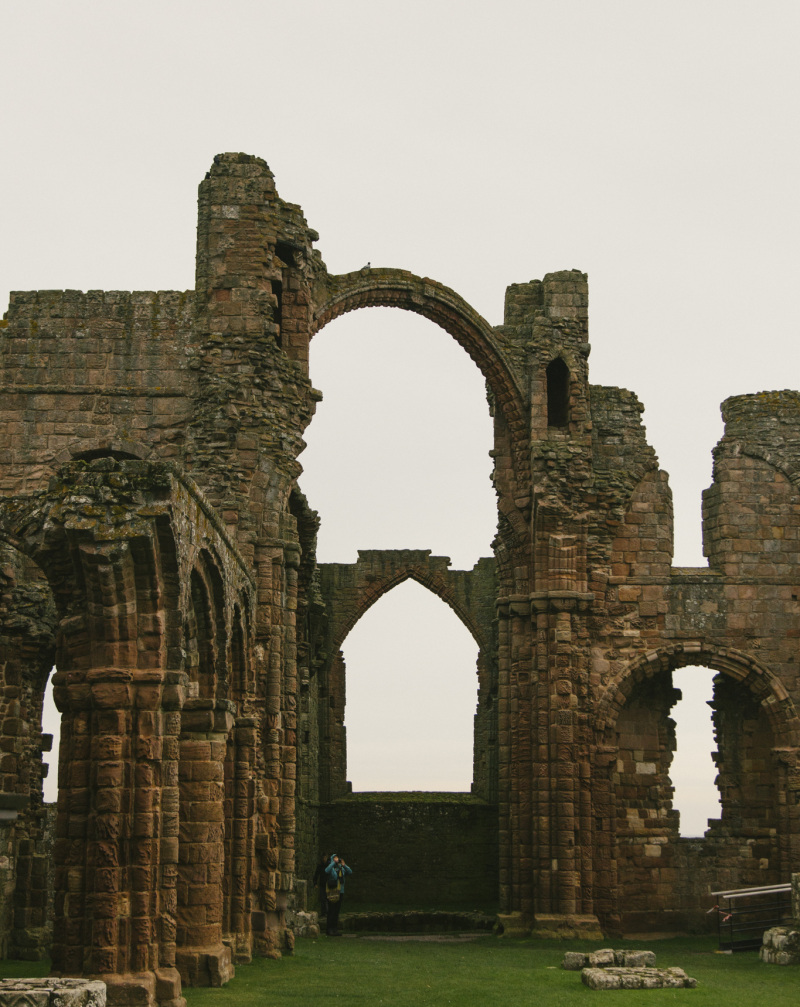 Many other museums and galleries focus, logically enough, on things of interest on their doorstep.

The Etches Collection Museum  of Jurassic Marine Life at Kimmeridge on the Dorset coast is a fine example. Located within the fossil-rich dinosaur coast, the museum engagingly and knowledgeably displays items picked out of the Kimmeridge Clay.

The most remarkable thing is that all the fossils here were found by just one man, Dr Steve Etches, and all within two miles of where the museum is located. A plumber by trade, Steve began collecting fossils 35 years ago. Completely self-taught, what began as a hobby has resulted in a collection of more than 2,300 fossils; Steve housed these in a converted garage at his home before funding for the museum was secured. The collection features ammonites, pterosaurs and crocodile prehistoric predators and other marine flora and fauna of 152-157 million years ago when Kimmeridge was but a shallow, tropical sea.

Another small but equally important museum lies at the opposite end of the English coastline, in the top right-hand corner of Northumbria. Here, on the island of Lindisfarne (accessible twice a day across a tidal causeway), you will find the Lindisfarne Priory Museum). Positioned by the eponymous ruined 12th century Priory and gazing seawards over Lindisfarne castle, the museum makes for a truly captivating and hugely atmospheric visit. Displays include internationally significant stonework and carvings related to St Cuthbert (one of Britain’s most important medieval saints), the Viking Raiders and to the 8th century manuscript known as the Lindisfarne Gospels. 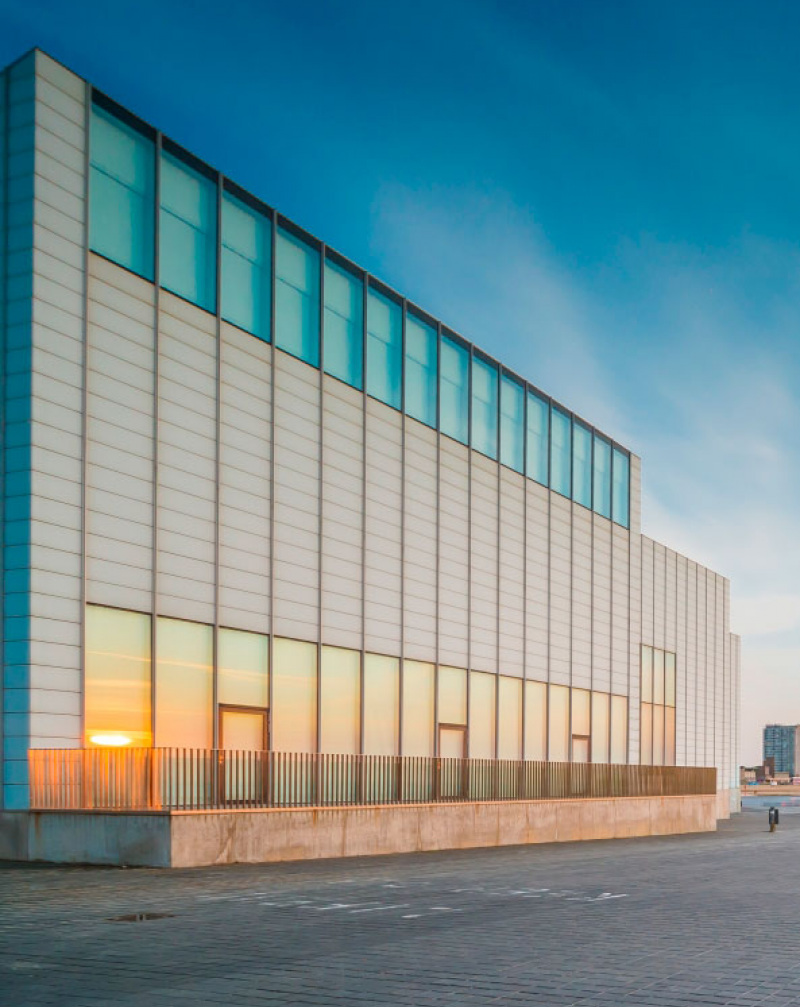 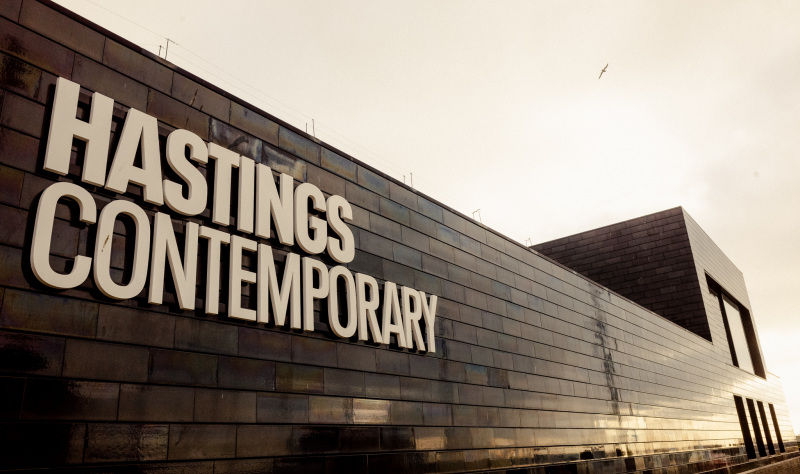 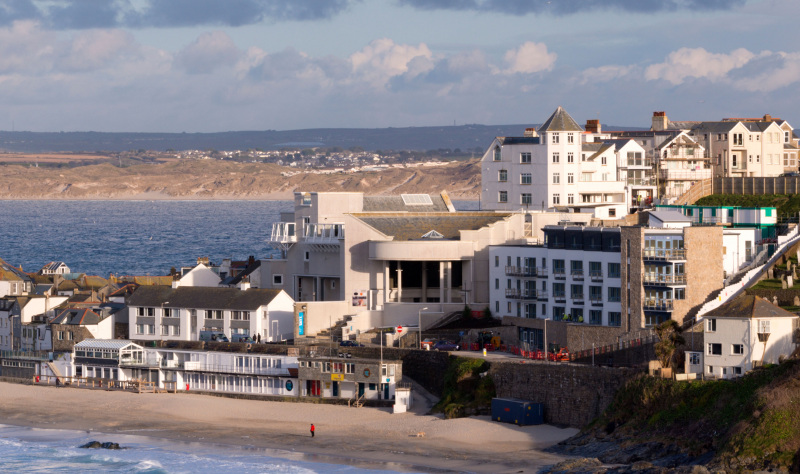 Escape to a peaceful coastal garden

​As a nation of garden-lovers, it is little surprise that the English coastline is strewn with beautiful gardens. From small ‘secret’ gardens to lavishly designed formal lawns of stately homes, no matter where you holiday on the coast there’ll be a place of tranquillity to relax in.